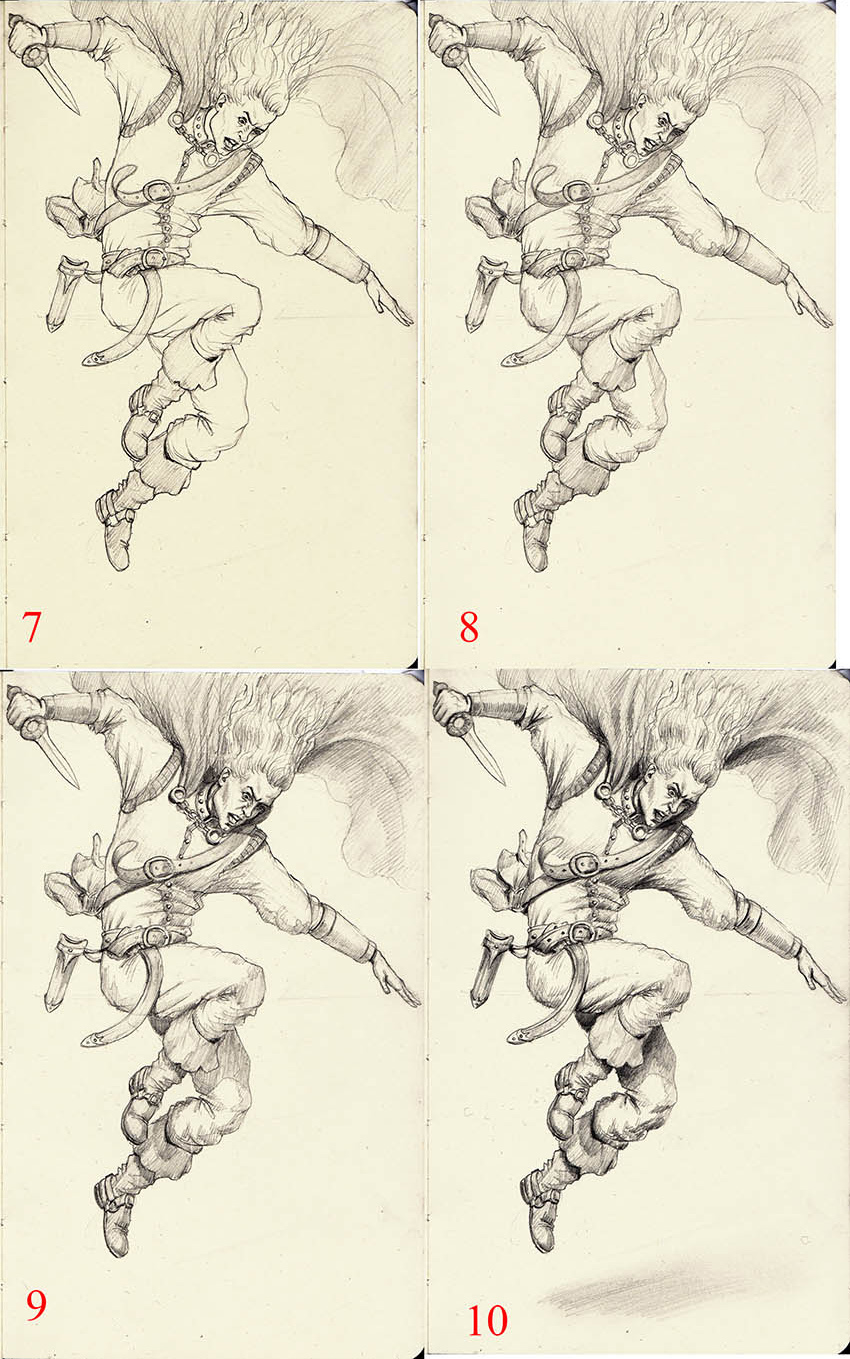 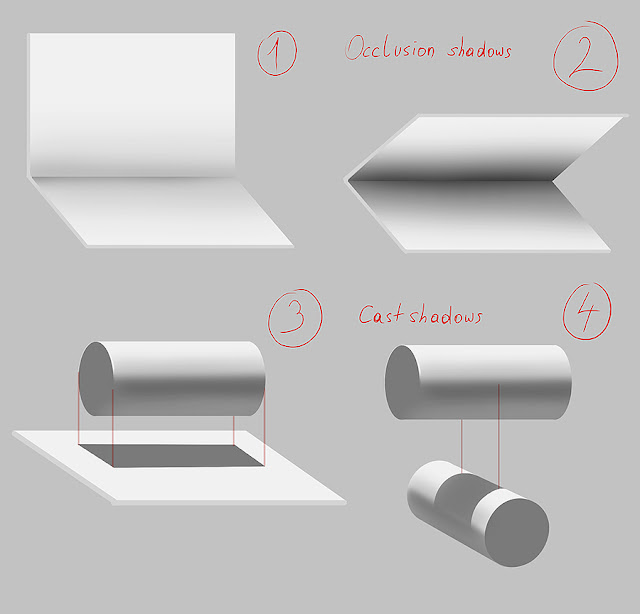 020 Traditional art skills - are they even important nowadays?

I love digital art. The vast possibilities of it are what make them my favorite painting medium. But I also love pencils. They are a constant companion and I draw with them daily.
But are other media like oils, watercolor, acrylics etc. even worth their while to delve into as a digital artist?
The answer would be a big, fat YES!

Recently, I started to incorporate more different media into my sketch routine and I started to experiment more with ink and watercolor.

The reason why traditional media are important (in my humble opinion) is, because they make you think differently about how you approach a drawing or painting.

With drawing media like inks, you have to plan ahead, you have to know where to put your marks. Once they are on the paper, there is no going back. It is kind of an unforgiving medium, but they are great to learn drawing! They force you to add more discipline and care to your linework and think constantly of what it is you are about to do.

The same applies for any painting medium. When I started out with watercolors, I really needed to adjust to the from light to dark approach. You need to know where your lightest lights are right from the beginning, again forcing you to plan ahead.

The second thing traditional painting media do, they really teach you color theory in a practical way. In photoshop or painter, you have every color imaginable at your disposal. Apply them opaque or in layers to automatically multiply. When you are color mixing, you have to know what you are doing. It´s one of the most important steps in painting. To know how pigments behave when mixed with other pigments on the palette or on the canvas is crucial and teaches you much more than digital painting alone could. Learning how to dull your saturated colors, how complimentary colors behave and generally how to mix any color from your three primaries is a huge leap in understanding color theory.

With the last couple of paintings I did, I learned more about color than in all the years I painted digitally. I can highly recommend to any digital student of art to try out any traditional medium! It won´t be pretty at first, but you really learn so much that is easily transfered into the digital world. (And don´t forget the fun factor! Nothing beats sitting out there in nature on a warm autumn day, painting the scenery)

Here are some first examples of watercolor and pen sketches/studies. Not all that great, but I´m learning a lot from them: 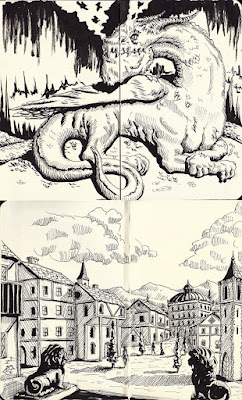 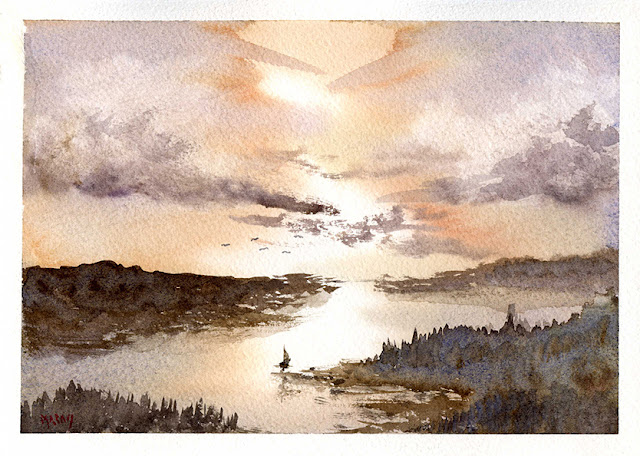 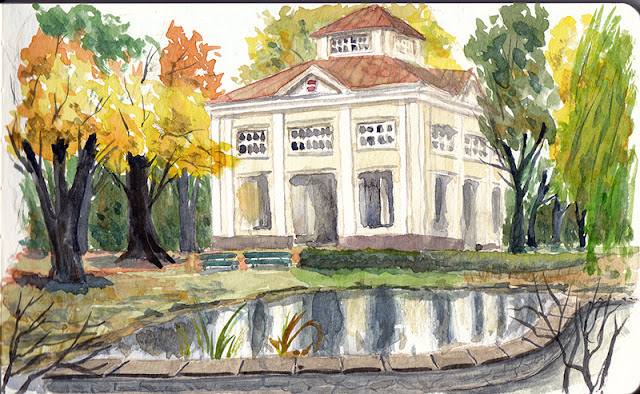 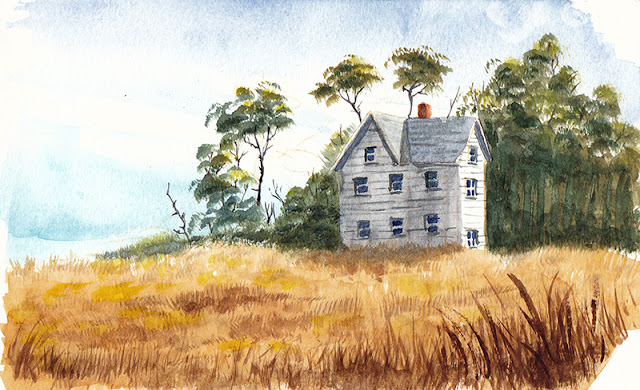 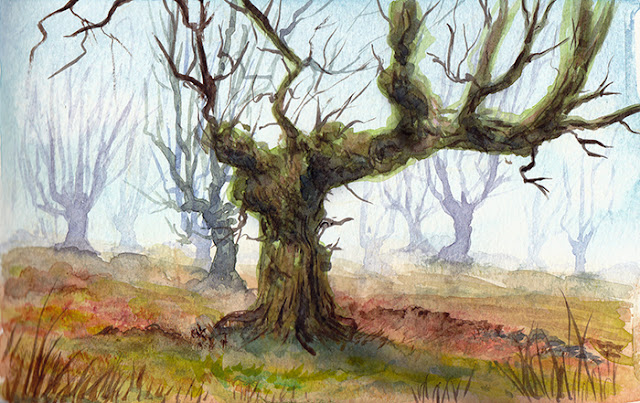 I´m also starting to paint with gouache and plan to turn to oils soon. Wonder how these will turn out :)
Posted by Markus Stadlober No comments:


It´s been a long time since my last post and a lot of stuff happened. I changed my study schedule, participated in an online art school and focused generally more on practicing my base skills.


I kind of divided the way I learn into a simple approach where you build upon the foundation of these basic themes:

Without good lineart (by that, I mostly mean proportion, shape, perspective) a painting will fail, even if values and color is done right. This is the foundation and starting point for all paintings.

Values are the next important step, as a well done lineart with well done values can be a finished painting on its own.

Color is the cherry on top of every painting. It conveys mood and atmosphere and lets a painting really shine when well done

For most of the time this year, I practiced my basic drawing skill in lineart, although you should never separately study one subject on its own entirely. You can put your focus to one aspect to intensify studying.

I also found that I had troubles to follow any practice schedule with a set amount of time for any one subject. After trying out various schedules, I found what works best for me is basing my schedule  on workload. With a set time to study a certain subject, I drifted off and started to draw against time rather than concentrate on studying. And a 1 hour study isn´t any good when you are not focused on what you do, but only on how much time has past.

By workload I mean, I set an amount of work I want finished by the end of the day and stick to these mini deadlines.

At the moment, I work with this amount to be done daily:


The advantage of this study schedule is that I don´t need to constantly watch the time and I don´t have to stick to one subject only for a set amount of time. So I could start with gestures and go to some sketchbook sketches and back to gestures again followed by a master study and doing some more gestures after that spread out across the day until the workload is fullfilled.

Another advantage of this method : it trains one to stick to deadlines!

The funny thing is, I manage to practice more in hours per day at a higher level of motivation than I did with a timed schedule.